I’ve always loved sports, but, after my accident, I didn’t know how I would be able to participate at the same level. I’m glad I decided to push myself to try new things. Otherwise, who knows how long it would have been before I experienced something as exhilarating as mountain biking.

ANDY HOUGHTON: The exhilaration. The adrenaline. You’re pumping. You’re going crazy. You grab onto the handlebars, you get this look on your face like – and you’re just holding on and pinching everything and making sure you’re going to make it down the hill.

I recently met up with a couple of buddies at Snow Summit to do some downhill mountain biking.

Some people wonder why we do these crazy things.

FRED: For the thrill. For speed, you know. Going fast is just a great feeling. I like the thrill of speed, yeah.

ANDY HOUGHTON: I was in a wheelchair for five years before I decided to come out of my shell. We’re very different yet we have one thing in common.

FRED: The first year was the toughest, you know. I just had to deal with everything and at first, you know, I used to put everything on the backburner. But eventually I did want to go in and you know, do some sports and some stuff. But I never thought I’d be doing hardcore stuff like this and skiing and hockey. You know, I never thought I’d be doing stuff like that, that’s for sure. I thought I would just be sitting in a wheelchair pretty much the rest of my life.

ANDY HOUGHTON: When I tell people I’ve been mountain biking, they think I’m crazy. What makes me any crazier than anybody else who does a sport like this? Well, I’m just a normal guy enjoying life on the edge and guys like Fred get to do the same.

FRED: I’ve been wanting to do this for so long and it was just the best feeling, just going down and hitting the bumps and just hitting the – oh man, the burns. It’s great, man. It’s a rush.

ANDY HOUGHTON: Then there is the more serious rider like my buddy, Girard (ph). Girard introduced me to the sport. He has been racing for two years and is ranked top of his division. He races downhill and slalom courses in events sanctioned by the National Off-road Biking Association.

GIRARD: This year I’ve done about five races. The last one was up in Squaw Valley. The one before that, we were at Mammoth and we competed in the National Champion Series Finals here at Snow Summit.

ANDY HOUGHTON: Now there is a new guy on the mountain who is going to give him a run for his money. I can tell you, this is one of the most awesome sports I’ve experienced. I would like to see twenty guys raging down the hill, battling for that top spot, but the sport needs a lot of help to grow.

SPEAKER: I think that we need the support from [00:02:57] to get this off the ground because the more exposure there is to it, the more it is going to grow. The more we can support this, the better off it is going to be for everyone. 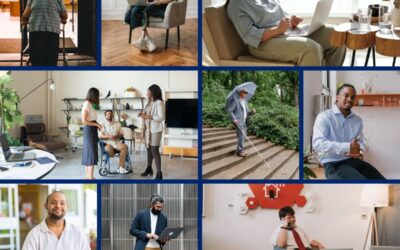 Why Inclusion is Good for Business, and Everyone in it, too

Inclusion is about more than just diversity.

END_OF_DOCUMENT_TOKEN_TO_BE_REPLACED 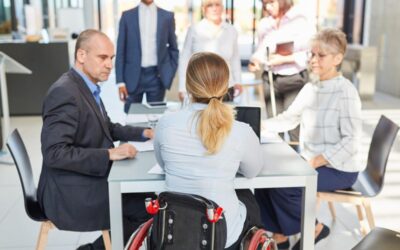 Why Education is the Key to Inclusion and Innovation

END_OF_DOCUMENT_TOKEN_TO_BE_REPLACED 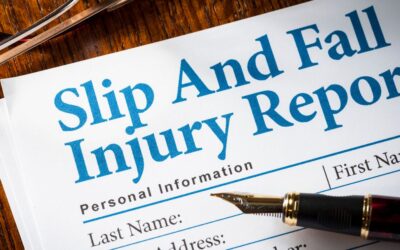 4 Universal Design Solutions to Prevent Slips & Falls in the Workplace

Falls, slips, and trips are responsible for over a third of all reported major injuries in the workplace.